A meeting was held with the Kuetzal CEO this week. It didn't go well

Following our recent article about the Alborg Petrol case, and further concerns raised by the blog FinanciallyFree, a meeting was arranged this week in Riga by Jorgen Wolf with new Kuetzal CEO Maksims Reutovs. It was also attended by a representative of Explore P2P, and others.  The goal of the meeting was to try and address the concerns that had come out of the due diligence findings of the P2P community. Unfortunately, in our view, none of those concerns were adequately addressed at the meeting. In fact several new concerns have been raised from this meeting.

These are our current biggest concerns, following this meeting:

1. Kuetzal admitted that it is having banking issues

Mr Reutovs confirmed that a bank account of Kuetzal had been “blocked” by their bank due to AML issues. Over the last week we are aware of many investors who have had significant delays in withdrawing funds from Kuetzal, but also that several have now received payments. It is not clear to us which bank account Kuetzal can be paying investors from, if their accounts are frozen. Mr Reutovs said that he planned to travel to Estonia to resolve the situation with his bank. 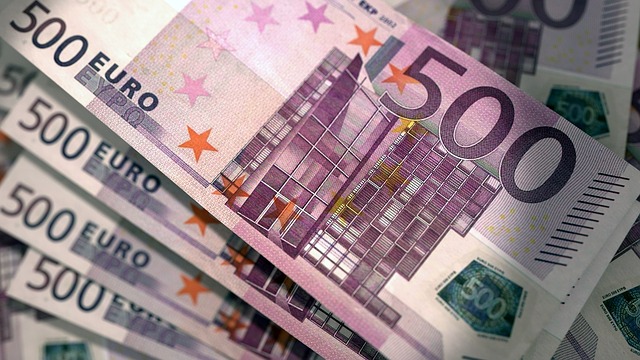 2. The previous Kuetzal team has left. The Riga office is closed

Several investors have expressed concerns that the previous CEO, Alberts Cevers has recently left the company to join another venture. We now know that essentially all of the other staff at Kuetzal left the business to join this new venture. The meeting had to be held in a cafe, as the Kuetzal Riga office has been closed down. Kuetzal say that they have plans to open a new office in Tallinn.

Mr Reutovs also disclosed that he has no employment contract with Kuetzal, and this was because he needed to apply for Estonian identification. Does Kuetzal have any contracted employees currently? It is not clear. 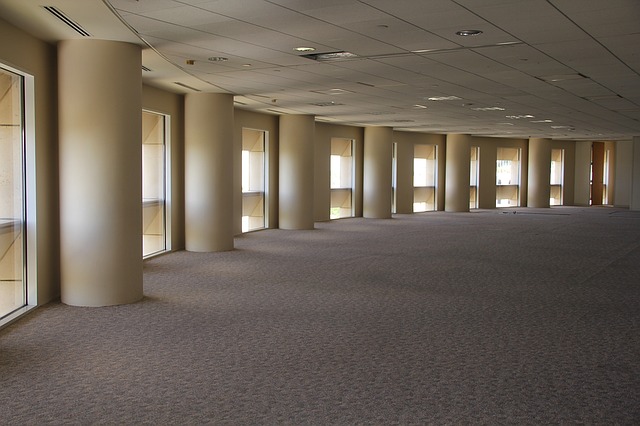 3. The CEO was unable to address any of the issues raised

At the meeting the CEO was asked whether he could provide evidence of bank wires between Kuetzal and Alborg Petrol, and this was declined. Further questions were asked about AA Development (a major loan), and Alpa Buve (a borrower in insolvency) and Mr Reutovs was unable to provide any information at all about the situations.

So who is Maksims Reutovs? He is a 24 year old former semi professional tennis player who lived in Barcelona until recently. He has held junior positions in various lending businesses. He is not an obvious candidate to act as a fiduciary on behalf of thousands of investors, managing millions of euros of their savings.

4. It isn't clear who really owns the business

The registered owner of Kuetzal is Viktoria Gortsak, a 29 year old female in Estonia. Explore P2P understands from various sources (although not confirmed yet) that this person exists, but is highly unlikely to have any actual involvement or economic interest with the company. The CEO was asked to provide evidence of any email communication between him and Viktoria Gortsak, which he was unable to do.  The CEO instead said that he mainly communicated with Ms Gortsak’s “husband”, but he did not know the full name of this person (potentially the real owner of Kuetzal?) 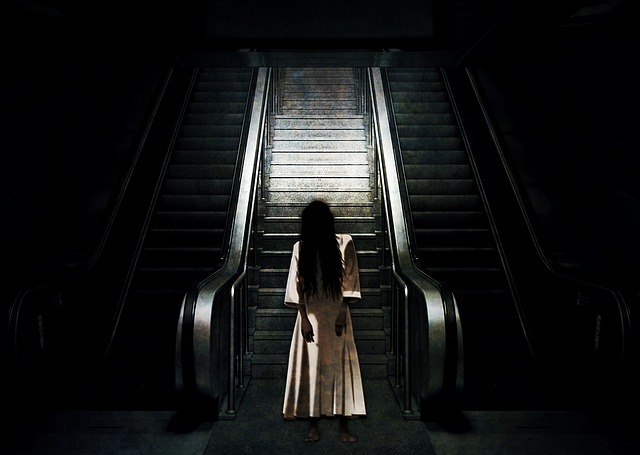 5. One meeting was cancelled, and the other was almost cancelled

The day prior to the meeting, the Mr Reutovs attempted to cancel the meeting, citing the office closure. The meeting was only reinstated after the CEO was told that a cancellation would be viewed extremely negatively. As concerns were addressed about the ownership structure, Mr Reutovs offered a meeting the following day in Tallinn with Ms Gortsak, which was accepted. However shortly prior to the scheduled meeting in Tallinn this was cancelled without explanation.

Where does this leave Kuetzal's investors?

We don’t like to say it, but in our view – in a really bad position. It looks to us that right now there is no office, banking issues, a lack of employees, many questionable loans, a mysterious owner, and no answers. We have also seen Kuetzal introduce changes to their terms and conditions recently stating that they take no responsibility to perform any due diligence, or to operate the platform. That’s a huge red flag to us.

After our Alborg Petrol article, Kuetzal promised to appoint an independent auditor to review the situation of that loan. We hope they follow through on their promises, but don’t expect them to. We actually think an independent public audit is needed of the entire site and all its loans.

We are not saying that investors will not recover any funds. But we feel that it is necessary to at least provide the above information so that investors can form their own view, and take any actions necessary.

Unfortunately we believe there are currently a few other sites similar to Kuetzal operating right now. That’s why you won’t find several well known sites in our comparison tables, and never will. We will highlight some more sites where we see problems in coming weeks.

We’ve received a large amount of information from various sources since the post above. These are the key points we feel are sufficiently clear now:

At the meeting the CEO referred to receiving instructions from an ‘Andrei’, who was described as Viktoria’s (the owner’s)  ‘husband’. We now believe this is a reference to Andrei Korobeiko, who is registered as living at an address in Tallinn that matches with the registered address of the Kuetzal company. Andrei and Viktoria are connected on social media although we don’t believe that they are actually married according to sources in the region.

The registered address of the company is in a soviet era residential apartment which is in a working class area and is thought to be worth approximately €50,000 only.

As pointed out today by Jorgen Wolf at Financially Free, and confirmed from other sources, Mr Korobeiko has a considerable criminal history, which includes money laundering. Several people have also been focusing on the sudden disappearance of former CEO Albert Cevers and his team, and the backgrounds of their family connections. Frankly, this is the point where it feels that our role analysing P2P investments has come to a natural end, and others who are more qualified and informed in these types of affairs will need to take over.

If you are interested in following an anonymous, but very well sourced and experienced financial analyst and investigator, we recommend following @Rpeerduck on twitter. They are based in the region and are regularly providing new information on the Kuetzal case, and other likely/potential P2P frauds.

Since our last update, most investors have been reporting that there has been no communication at all from Kuetzal, and they have not received the bank wires they requested. Today, an email conversation with the COO of TotalGames was circulated on Twitter that appeared to confirm that this company that Kuetzal raised €730,000 for in total recently had never received any funds or signed any contracts with Kuetzal. This is another very concerning development to us, but unfortunately not surprising now.

We understand that today some investors have received private communications from Kuetzal blaming bank account blocks due to AML as the reason for failing to send funds. Promises were made of funds being sent in February. Frankly, we don’t think that these are credible statements, although for the sake of Kuetzal investors, we hope that they are.

We would encourage all investors to download and retain copies of all transactions and documents from the Kuetzal website, in case the site goes offline and these are needed in the future. Some investors are beginning to make plans to pursue litigation if Kuetzal is not able to resolve its issues. In the case of litigation, or insolvency claims, it is very important to hold and save as much documentation as possible.

Over recent days a significant amount of work has been conducted by a group of Kuetzal investors, to investigate the legitimacy of loans listed on the site. We have been following their progress and will report on any significant new findings. One significant finding to emerge relates to one of the largest loans – ‘Row House in Marupe‘ with borrower AA Development. This is a loan of almost €600,000, and it was meant to be funding the construction of 4 houses in the Marupe area of Riga.

The registered owner of the company is Eugene Koshakov. Kuetzal described him as ‘CEO and Founder’. However records show that he became the registered owner only shortly before the loan went live on the Kuetzal platform. So who is the actual founder of this company? Public records show that it was Evelina Milus. Evelina Milus (now Evelina Cevers) is the wife of Alberts Cevers, the CEO of Kuetzal at the time the loan was originated. This was not disclosed and gives us significant concerns about what has taken place. 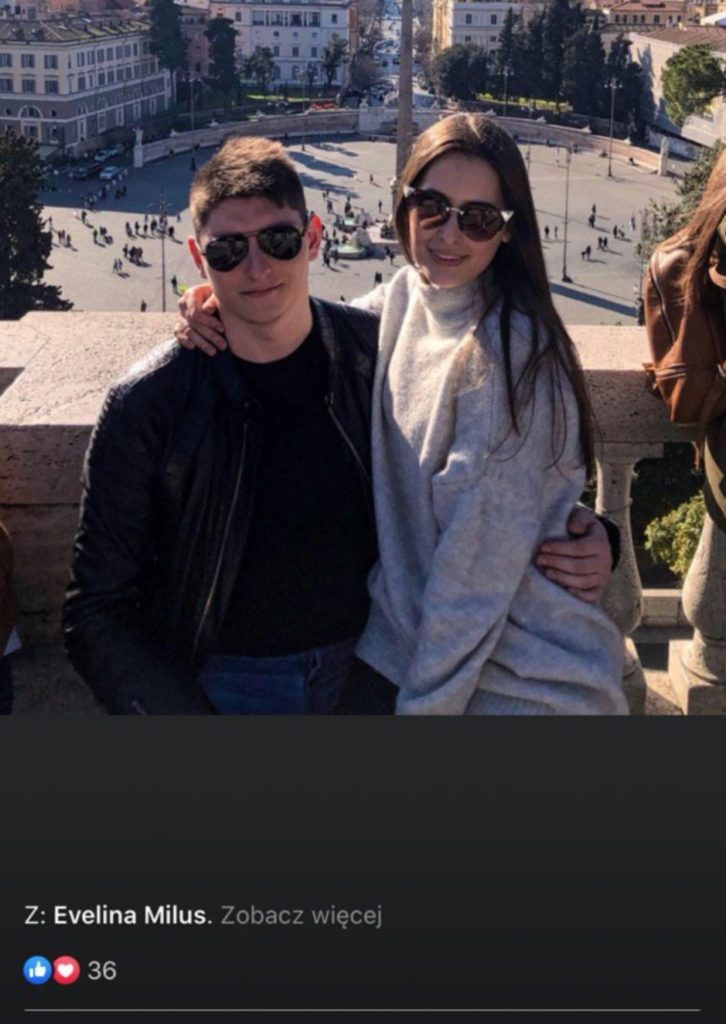 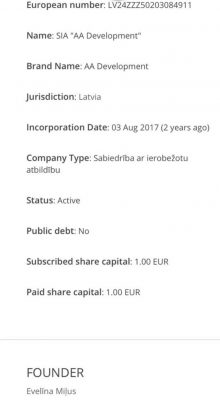 A Kuetzal investor has been able to provide a loan agreement that contains the cadastral reference number for the land that AA Development was meant to be building the row houses on. Public records show that this land is not even owned by AA Development, and that land has a registered mortgage secured over it in favour of a bank. Records also show that there are also no commercial pledges registered on the shares of AA Development in favour of Kuetzal (as would be expected at an absolute minimum).

A visit was made to this land site earlier today and (unsurprisingly) no construction work has been started at this location.

So in summary it seems that Kuetzal investors are left with no collateral at all, and a loan to a company that has close links to the former CEO of the business. 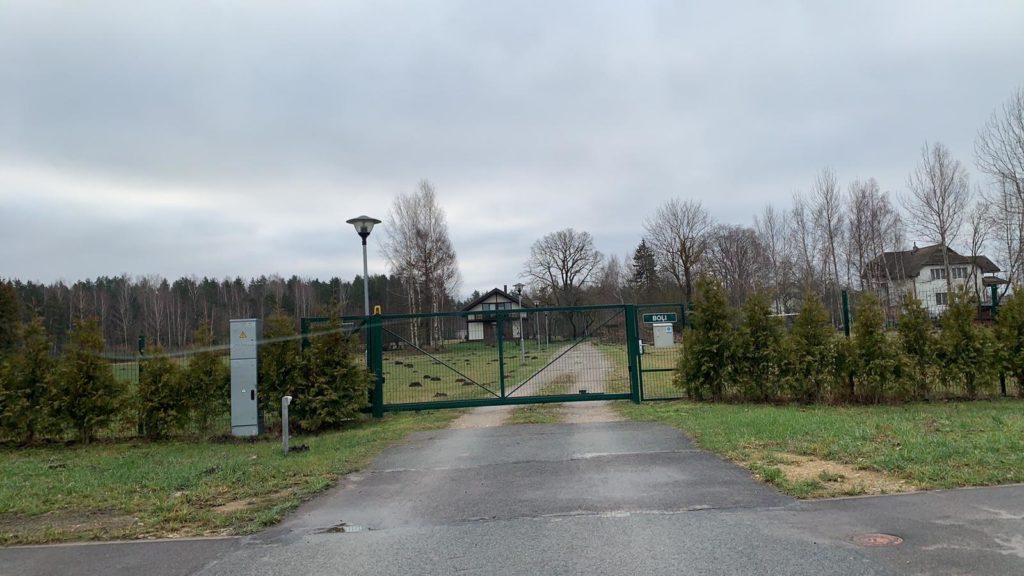 Today Kuetzal sent an email to all its investors announcing a wind-down of operations, due to the harm its reputation it had suffered over the last month. It also announced that both of the banks it had been using – SEB and Papaya (Malta) had frozen their bank accounts due to anti money laundering provisions. The accounts will be frozen indefinitely.

What do we think about this? We are not surprised in any way. We realise that to some extent this will reduce the potential ‘hope’ that some investors may have had about the situation. Many investors will be affected, and some have invested very large sums. This is a very difficult, painful result for them. However in some respects we are very happy to see that a seemingly dishonest P2P investment site, run by a questionable management team, has been forced to close down very quickly once concerns were raised.  Yes, current investors are likely to see some losses take place. They may be quite high. But the total amount of those losses will be significantly less than if Kuetzal had continued to operate. We expect more news to emerge relatively quickly about where the funds invested into Kuetzal is likely to have gone.

Kuetzal investors have created a Telegram group (download this app to your phone) called KuetzalDiscussion. We would encourage all Kuetzal investors to join this group to discuss their future actions, options and monitor progress in this case. Kuetzal investors have already started to arrange litigation actions and co-ordinate with police and government bodies. We wish them the best and will be publish any significant events that follow in coming weeks.