The Russian invasion of Ukraine has led to considerable death and destruction within that country.  A large proportion of the Ukraine population have been forced to flee for their own safety. In response, governments and companies in the West have been very quick to impose sanctions on Russia.  Many private companies such as Apple and McDonalds have decided to leave the country.

We suspect that the financial sanctions imposed on Russia were more severe than what their government and its agencies anticipated. Sanctions included restrictions preventing use of the ‘SWIFT’ electronic payments system, a freezing of assets owned by the Russian state and certain oligarchs, and removal from the Mastercard and Visa payments networks.

Several companies operating in Russia and Ukraine have received funding from P2P investors. Below we have listed the 3 key impacts of the conflict onto them, and an update on which P2P platforms have been most impacted by the conflict. 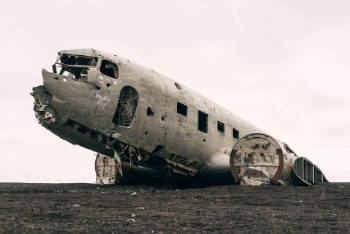 The conflict in Ukraine is obviously having very severe negative implications for the population. Keeping safe, and defending the country is the highest priority. Repaying loans will rightly be a very low priority for most people given the current situation. Many will have lost their income and will need to preserve any remaining funds they have.
The sanctions imposed on Russia are expected to lead to a deep recession in the country, driven by high interest rates, inflation and loss of exports. While lenders in Russia report that repayment rates are normal, it is still 'early days'. We expect that defaults will increase significantly during this year. Russian authorities have also re-introduced 'payment holiday' laws for people suffering reduced incomes. This means that borrowers can reduce or temporarily stop repayments and lenders must not charge any fees.

It is now very difficult to move funds out of Russia. Most Russian banks have been banned from using the international payments system - SWIFT. To protect the Ruble's value, the Russian authorities have also banned the purchase of foreign currency until at least September. Companies receiving foreign currencies must also sell at least 80% of any foreign currency receipts to the central bank.
This makes it almost impossible for lending companies to repay P2P investors, even if they have sufficient funds available in Russia to do so. International lending groups may be able to send funds from other subsidiaries, but others will not have this option available.

The Ruble has depreciated by over 40% since the invasion of Ukraine commenced. Even this drop is likely to be a big understatement, as the Russian government has banned the purchase of foreign currencies by Russian companies and individuals. The Ukraine currency has also depreciated although it is questionable whether there is really a functioning currency market for it currently.
Most lending companies that borrow from P2P investors in Euros and lend in other currencies such as Rubles tend to under-hedge their FX exposures. Some don't hedge at all. When the currencies in their home markets strongly depreciate, it can be very difficult for them to repay their debts in Euros due to the losses they have experienced from the currency movements.

Which sites are most impacted by the situation?

Mintos has 7 Russian lenders listed on its platform, and one Ukrainian lender. They represent around 15% of amounts owed to Mintos investors. All companies based in Russia and Ukraine have been suspended from the primary markets. Investors are able to buy / sell on the secondary market, where Russian loans are now valued at only 45% of principal balances (a 55% loss for selling investors).

Mintos are providing regular updates on the situation here. All Russian lenders are reporting that they are unable to make payments to Mintos investors due to all the sanctions and restrictions. While Mintos has mentioned that they are looking to see if they can arrange payments using alternative channels (Chinese banks?), this does seem fairly difficult to execute. It is very uncertain how much, and when, investors may be able to recover.

The Twino lending group has gone through many changes over the last 5 years, with several restructurings and markets entered and exited. However it more recently chose to focus on Russia, with 55% of its loans located in Russia in its most recent published financial report. 85% of its revenues came from Russia in 2020. 19% of the loans outstanding on its P2P site are Russian. Its most recent statement about the situation is here. Twino notes that it is no longer possible to send payments from Russia, and therefore it is invoking a ‘force majeure’ clause. This means that while it will cover interest payments to investors, it will not make any principal payments to them until it is able to transfer funds from Russia. Twino has also sold some loans to investors with ‘currency exposure functionality’. This transferred the  currency risk to P2P investors. Investors who chose to take on this additional currency risk will now be facing heavy losses due to the Ruble depreciation.

While Twino is continuing to offer loans from other countries such as Poland, it seems likely that many investors will now reduce their exposure to Twino. Firstly because of the the defaulted repayments on the Russian loans they hold. And secondly once there is awareness of how exposed the overall Twino group is to the Russia sanctions and Ruble depreciation.

Peerberry hosts 2 main loan originators – Aventus Group and GoFingo. Unfortunately, both have heavy presences in Russia and Ukraine. Loans from these two countries represented 1/3 of total loans outstanding at the time of the Ukraine invasion. Peerberry has removed all Russian and Ukraine loans from its primary market. The largest loan originator is Aventus Group. Its CEO provided a very interesting update on the situation here. It is clear that he faces very big challenges, as Aventus had significant operations in Ukraine, and also Russia. The one positive however is that the business has many operations (and also cash reserves and other assets) outside of Russia and Ukraine. Aventus have also provided Peerberry investors a group guarantee. However it seems that this should not need to be invoked, as the Aventus management team appear to be fully co-operative and acting in the best interests of all parties currently.

Peerberry is planning to launch a secondary market in the coming weeks to offer an exit option to investors holding Russian and Ukrainian loans that wish to sell.

Kviku is a Russian based lending company. Its loans are listed in many P2P sites, such as Mintos, Iuvo, Bondster, and its own site Kviku Finance. It has not published any updates about the situation on the Kviku Finance website (it actually continued to list Ukraine loans until a few days ago). However it has provided updates to Iuvo and Mintos. Interestingly, it seems that Kviku may have been planning to make repayments via a Cyprus bank, but this was blocked by Russian laws that blocks any foreign currency payments to ‘unfriendly countries’. Even Ruble payments can only be made with government permission. It is unclear how much of an impact the Ruble depreciation has had on the company, as it has not provided details about its FX exposures and hedging policy.

We have added Robocash to this list because the lending group started in Russia and continues to have significant operations there. Approximately 60% net income comes from Russian subsidiaries. However, we currently do not expect any disruptions to investors at the Robocash P2P site. Why? Firstly, because Robocash does not list any loans from Russia on its P2P site. The Russian business operates independently from a funding and capital perspective. The Russian business has been funded in Rubles, which means there should not be any FX losses caused by the depreciation of the Ruble. The group headquarters are located in Singapore and therefore there is less likelihood that the group will be impacted by banking and other sanctions.  The Robocash company is very profitable and was planning to IPO this year – successful companies tend to have more financing and banking options open to them. The most recent update from Robocash on the Ukraine / Russia impacts can be found here and here.

The outlook is not good for many lending companies. Particularly those that have most of their operations and assets in Russia and Ukraine. It seems unlikely that the Russian sanctions and currency controls are likely to end any time soon. They could persist for several years. Until that happens, investors are unlikely to receive material payments from Russian companies. Foreign bonds issued by some of the strongest Russian companies are currently trading at 30% of face value – that shows the extent to which professional investors expect to see future losses on Russian investments. P2P investors holding Russian and Ukraine loans should be realistic about the current situation. The best outcome will be for investors that have exposure to ending groups such as Robocash and (hopefully) Aventus that have significant operations outside the region, which gives them several options to restructure their business and funding in a way that allows P2P investors to be fully repaid. 5 thoughts on “Russia/Ukraine – which P2P investments are most at risk?”