Roasted Peerduck is an anonymous Twitter account that was launched only in November 2019. We interviewed him for the first time in January 2020. His combination of very strong views, humour, correct predictions and clear insider knowledge of the Baltic scene has quickly made them a must-follow account for anyone investing in Eastern Europe / Baltic P2P sites.

Since our last interview a lot has happened. For a time Peerduck disappeared, after receiving security threats, but happily he is back with us now.

Since then he has been very active in digging into the activities of the Baltic P2P sites Grupeer and Monethera, both of which recently announced that they were effectively closing down. These closures seem to be linked to the emergence of significant concerns about both sites following research and intelligence gathered by Peerduck and various investors.

We’ve asked him to come back to update us on events, the impact of COVID-19, and what changes he would like to see in P2P.

Disclaimer: The views and comments expressed below are solely those of @Rpeerduck and do not necessarily represent the views of Explore P2P. 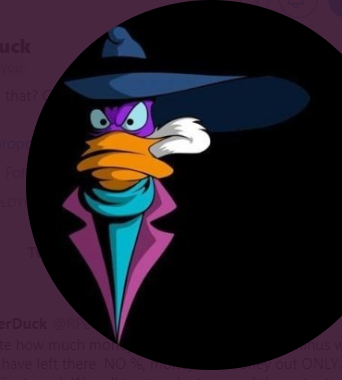 Hi Peerduck. A lot has happened since we last spoke! Let’s rewind a little. Police have now started investigations into the disappearance of both Kuetzal and Envestio. What do you think the result will be?

I am confident, that we will see some guys behind the bars. It is now a matter of prestige for both Estonian and Latvian police.

There was a worry for a while that the police were not going to do anything much about both those cases. Do you think it's now got enough attention and pressure for it to be a high priority?

I would be timid here. You know what is a global priority number one for today [COVID-19], but afterwards – yes.

Monethera is a site that has long been towards the top of our list of suspicious sites. There were a lot of questionable loans and a fake Hong Kong guarantor. Monethera says that it has closed until COVID-19 is over. Investors are organising a lawsuit. Do you think this will end up very similar to Kuetzal and Envestio? Are there some differences here?

Apparently, they were walking zombies during the last month, living till the first big principal repayment became due. Using COVID-19 excuse is a widespread tactic now. Soon they will write that the team of 3 fake managers succumbs to disease. Rest In Peace, Mr Strawman.

Why do you think there have been so many problems with Baltic P2P sites? Is it the lack of regulation, or are other factors at play?

There are numerous reasons, yet the two of them are the backbone of an ongoing Baltic Scam Spring. First, and the most bitter – so called ‘dumb money’. Unprecedentedly easy access to the debt capital from non-professional, gullible investors, manipulated by the flawed model “blogger writes for affiliates”. Nobody will pay for the advice on what to do, not the borrower, nor the lender. So intentionally or not, every p2p info source tends to paint the reality with the vivid colors. Combine it with the frustration from the conventional bank deposit rates, and you have a ready-made fuel for a Ponzi. Second, EU officials FAILED to follow the rapid progress of Fintech industry, lured by the Laissez-faire approach used in UK. There was a tangible demand in regulation of emerging P2P industry back in 2018, but near to zero was done, except empty promises to implement EU regulation any time soon. If EU can’t make it right, don’t expect anything from national regulators with limited intellectual and power resources. By the way, the Russian Federation, not expected to be a state-of-the-art financial market, has successfully implemented p2p licensing.

Grupeer is another site where a lot of questions are getting raised right now. You’ve been doing a lot of digging. How can you summarise what’s been emerging recently from those investigations?

Let me state first: all data that is valuable for investigation, will be transferred to lawyers. Here is my picture of an imaginary P2P PeerGang platform. I want to share it with you. All similarities with other sites are a pure coincidence:

Once there was a guy in his forties, who dreamed of being a Big Boss. One day he saw a TV programme about the P2P business, and decided that’s it, he will be a successful Big Businessman. He told the story to his friend, a wealthy let’s say Dutch developer, and convinced him to invest in a new startup. Soon the money was spent, the job half-done, he asked again, and again, until the extent that Dutch developer ceased to be a buddy of the guy. This was the moment of glory – he had made a buyout, using dumb money he had from first investors, and became a true Big Boss. He hired a personal buffoon, a junior guy in one of the global companies, who presented himself as the New Elon Musk of P2P, while having zero competence in either fin, or tech. So together with the dumb money, they (all three) felt confident about their future, while still having a small obstacle – there was no business they were good in, they knew nothing about consumer lending business and nothing about real estate. It didn’t take a long until the time came to redeem investments they were collecting, so they used a tactics of a frog leap – capitalize losses, but not for the debt holders, rather for themselves (dreaming they are trustees now), while paying out naïve investors with the new deposits.

To hide the emerging difference, they invented a new Very Serious Scheme – harvest investments for the real estate project twice as much as they needed. To service the Ponzi, they hired dozens of employees, telling them stories about prosperous Real Estate Business and Consumer Loan Company of planetary scale. The smart ones, who suspected a fishy game, were either fired or ran away. Unfortunately, money pumping in to projects did little to help – they failed (due to numeral reasons), so, finally, the Big Boss and the buffoon went wild, and started to post fake investment after fake. Covering the true nature of their business, they introduced 3rd party borrowers, and continued doing business under the shade of trusted entities. They were generous to themselves, spending money in every possible way, practically living on resorts and conducting business meetings on the luxurious yachts. Ponzi pays until it doesn’t. As long as withdrawal rate remained low and new projects were in place – Big Boss enjoyed the life. Then, suddenly for a whole globe, knock-knock who is there, it is covid-19, panic on the stock markets, panic in the P2P sector and the Ponzi, with the modest %, came to the end. The Big Boss understood that’s everything soon will be over, took a suitcase and fled to the nearby country, presumably with some millions with him. There is no happy end. Ah, yes, he also had a sister, who was worshipping the entrepreneurship genius of her brother and was ultimately betrayed by him. That’s another sad story.

What’s your picture of the European P2P industry right now?

One word – regulation. Until major platforms start making calls to Frankfurt twice per day, there will be no sun above our shtetl.

OK, Peerduck, we have just appointed you as the new European head regulator of P2P. What are your rules?

On top of the issues that some sites have had, there’s obviously also the impact of COVID-19. There’s no doubt that adds risk and uncertainty for all Loan Originators and investors. Any thoughts on which types of Loan Originators are best and worst place to deal with this?

Look for the effective LO, who can cease operations for 3 months and sustain. Online lenders are in the winning position, while offline is in big trouble. Hospitality (bars/hotels/restaurants) is doomed. In short, look for the ones with flexible operating costs.

Is the Peer Duck keeping all his eggs in the nest right now, or is he making some investments?

I invested in some marvellous ponds recently.

7 thoughts on “‘Roasted Peerduck’ talks to us about Grupeer, Covid-19 and much more”