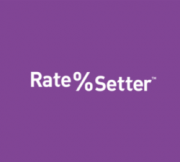 RateSetter was one of the largest and earliest P2P platforms in UK (and the world). It grew quickly, and investors were attracted to its well functioning website, and simple products. There were two big problems however. Ratesetter was very inefficient, focused too much on growth, hired too many people, and made big losses.  To grow quickly it charged less interest than it should have on its loans. You can get away with this in boom times, but as the recession of 2020 came along, there was nowhere near enough margin to deal with the defaults that came along. Investors rushed for the exits, but there were no new investors joining the platform, and investors were faced with their funds being locked in. Ratesetter then cut the interest rates paid to investors by half (to cover higher loan defaults), which annoyed them even more. Running short of cash, Ratesetter was forced to put itself up for sale, to avoid insolvency. In August 2020 it was announced that British bank Metro had acquired Ratesetter for only £2.5m (potentially more if targets are met).

So where does this leave Ratesetter’s loyal P2P investors? Once the deal closes, all new personal loans written by Ratesetter will be purchased by Metro bank. That leaves some auto dealer and real estate loans to be made available to Ratesetter investors (which presumably Metro doesn’t want). This doesn’t really seem like a viable strategy to us and we expect Ratesetter to announce fairly soon that it is completely closing down its P2P investment operations. This means that we don’t think that Ratesetter is a viable option for potential new investors, and existing Ratesetter investors should try to withdraw their investments as quickly as possible. This may take some time, but hopefully won’t result in any losses.

Our legal page contains disclosures and the full terms and conditions of the use of the ExploreP2P site.